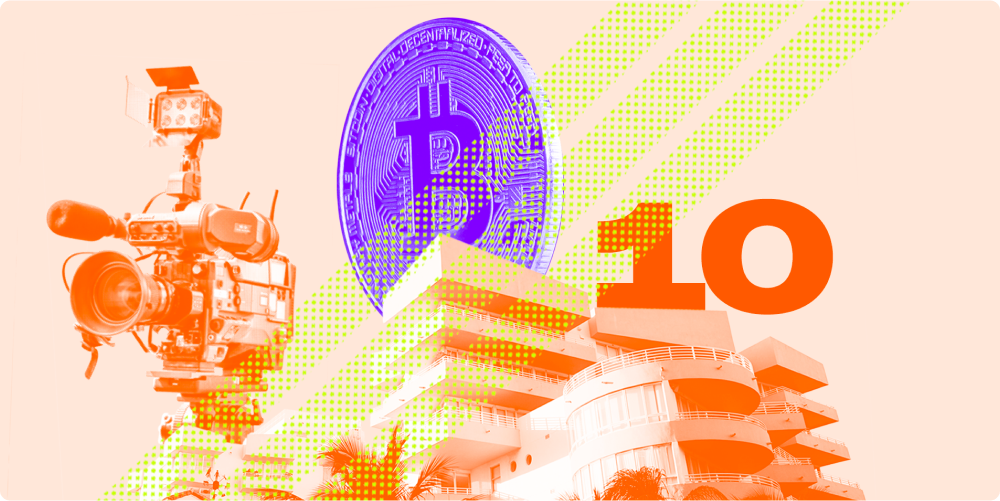 Want to learn about the fascinating world of cryptocurrency? Check out our list of the top 10 crypto movies, documentaries, and more!

Cryptocurrency and blockchain technology are still relatively new, but that doesn't mean there aren't already many great movies, documentaries, series, and more about the topic. If you're looking to learn more about cryptocurrency or simply want to be entertained by a good story, check out our list:

The Rise and Rise of Bitcoin

This 2014 documentary chronicles the incredible story of Bitcoin, from its mysterious beginnings to its current status as a global phenomenon. The film features interviews with some of the biggest names in the Bitcoin world, including Gavin Andresen, the Winklevoss twins, and Roger Ver.

This 2016 documentary explores the history of Bitcoin and the potential implications of cryptocurrency on the global banking system. The film interviews experts, including early Bitcoin adopters, entrepreneurs, and investors.

Bitcoin: The End of Money as We Know It

This 2015 documentary takes a deep dive into the world of Bitcoin, exploring its origins and implications for the future of money. The film examines how Bitcoin intersects with politics, finance, and international law.

This episode of the popular Netflix series "Explained" does a great job of breaking down the basics of cryptocurrency and blockchain technology. The episode is perfect for those who are new to the topic or simply want to learn more in a quick, digestible format.

Trust Machine: The Story of Blockchain

This 2018 documentary chronicles the history of blockchain technology and its potential to change the world. Filmmaker Alex Winter examines how Bitcoin and other cryptocurrencies are used to fight corruption, revolutionize industries, and empower individuals.

Bitcoin, Blockchains, and the Future of the Internet—This 2017 documentary explores the world of cryptocurrency and blockchain technology, featuring interviews with various experts. This documentary chronicles the main narratives in the space, from the early days of Bitcoin to the current ICO craze. It's a beautiful exploration of a rapidly evolving industry.

This 2014 documentary follows a young couple attempting to live solely on Bitcoin for 90 days. The film chronicles their struggles and successes as they navigate the world of cryptocurrency. It's a deeply fascinating look at the potential of Bitcoin, how viable it is as a currency, and how it's changing the world.

Bitcoin: Beyond the Bubble

Clocking in at only 35 minutes, this 2018 documentary is an excellent introduction to the world of cryptocurrency for those who want something concise, informative, and to the point. The film answers some of Bitcoin's most common criticisms, explores the potential of blockchain technology, and features interviews with various experts. It gives an optimistic look at the future of cryptocurrency.

While Bitcoin has shed its more nefarious associations since the Silk Road, Deep Web surveys a vital part of Bitcoin's history through a deeply comprehensive look at the now-defunct online marketplace. The documentary is essential for understanding how Bitcoin allowed for a new kind of commerce and how it continues to shape the world of online transactions.

The Blockchain and Us

Being a new technology with no physical form, Bitcoin and other cryptocurrencies can be difficult to wrap your head around. Learning can grow quite technical and frustrating. If you want to learn more but aren't sure where to start, check out one of the films on this list. They are all excellent examples of storytelling that will give you a well-rounded understanding of the space.

Why You Should Join the NOAH Discord

Find out why you should join the NOAH Discord and how it can benefit you. NOAH's Discord has a lot to offer, and we want you to be a part of it!

How Jackson Went from a Punchable Punk to a Brazen Bitcoiner

Our lead copywriter takes you on his journey into the world of Bitcoin, and how it has made him a better person.

The Year 2140: What Happens When the Bitcoin Block Subsidy Ends?

Exploring what will happen when the Bitcoin block subsidy runs out and what happens moving forward.